People are often surprised to hear that asbestos is naturally occurring in ultramafic rock. If you look at a geological survey map of California, you’ll see that the highest concentration of such rock is up in the Trinity/Siskiyou/Shasta area; with significant patches in Napa County and Yolo County as well. Actually, little patches are all over our state, but are they in the East Bay? If yes, is there anything we need to do about it? 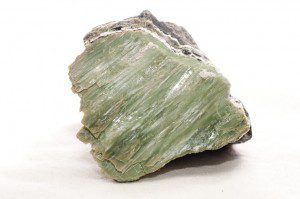 Asbestos in the East Bay is and all over California.

Where We Need Asbestos Abatement in the East Bay

Alameda County and Santa Clara County do indeed show smaller patches of ultramafic rock, but as long as the rock is not mined, it shouldn’t pose a health danger. It’s only when asbestos-containing rock such as “serpentine” or “serpentinite” rock is crushed that asbestos can be inhaled and cause lung cancer. Therefore, the only times we need asbestos abatement in the East Bay are in places where asbestos has been used for construction purposes and is a risk for becoming airborne in small particles. No need to worry while you’re hiking, at least not about asbestos!

So why did people start using asbestos for construction in the first place? Before studies began to show just how harmful breathing asbestos was, there was good reason to use it. Asbestos is strong and heat-resistant. In a way, it’s the perfect material to use for many purposes. Sometime in the last century, though, studies began to make it clear that if asbestos particles were inhaled, serious and even life-threatening lung issues could arise. Hence the need for companies like CVE.

Do you find yourself breathing more shallowly as you read this? Well, much has been written about the benefits of breathing deeply, so it is our mission to make sure that everyone in California has a home and workspace where deep breathing is the most beneficial it can be. Central Valley Environmental complies with OSHA, federal, state, and local guidelines in the removal and abatement of asbestos. When we’re done with our job, you can breathe easy.